For a different opinion relative to this article, see Overwatch: Overpriced and Overhyped. 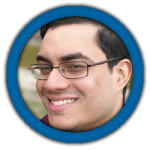 As most people who read this blog are aware, Devin Rogers’ isn’t the biggest fan of Overwatch in its current state. Per the man himself, it has too few game modes, which in turn seem like it would become boring sooner rather than later. Well, my good sir, I strongly disagree. After spending some hours playing the Beta, and having spent more time with the game since its release, I can safely say that Overwatch is one of the best shooters on the market. Classifying it as just a shooter however, is doing it a disservice, as it is much more than that.

As I’m sure most of us are aware, Overwatch is very similar to Team Fortress 2, a shooter that is character and class based. However, Overwatch takes its inspirations from other hero based games like League of Legends as well, with its 21 different characters to choose from. This is the bread and butter of the game. Every character genuinely plays different, and they all have been balanced to near perfection, with counter picks to each individual entity. For example, Pharah (who I discuss later in the article) gets countered very easily by Widowmaker, one of the sniper classes, simply because her ability to float makes her an easy target to eliminate. This is something rarely found in shooters. Add the objective based gameplay to the mix, where Kill/Death Ratios rarely matter, and you have an experience that is truly fresh, with Blizzards’ added polish of course.

Wait, stop the presses! You’re telling me that the game will be given continued support by its developer, Blizzard, one of the companies known to support their games for extensively long times? Not just that, all post launch content will be FREE?? Well, consider me happy. The game at launch is $40 on PC, $48.99 on consoles, and that is a good price for a full-fledged multiplayer experience. Yes, I will agree that three modes seems like a small amount, but when each match is so diverse, thanks to the incredible variety that comes from having 21 different characters, the lack of modes rarely even crop to mind. Which lead me to my next topic.

Heroes of the Watch: Characters that are truly individuals

This is by far my favorite part of the package. Each character feels like you are playing an almost entirely different style of game. Pharah is a rocket launching warrior of the skies. Tracer is a fast and nimble acrobat that blinks in and out of dimensions, becoming a pain in the ass to whoever is trying to fight her. Junkrat is a maniac who shoots bouncing grenades and uses a bear trap to snare his enemies and blow them to bits. That’s just three characters, and I haven’t even mentioned their designs yet. They all look incredibly unique. Here, I’ll add a picture of my favorite female offense character, Pharah. 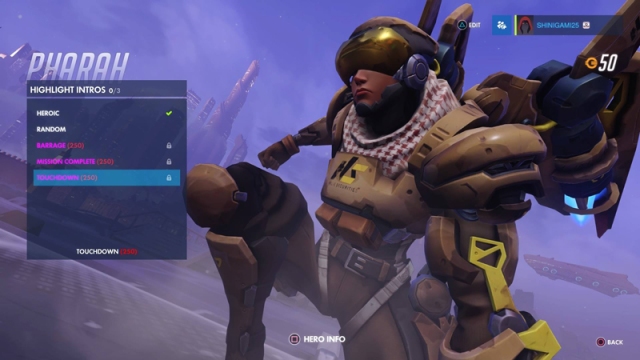 Look at that! An Egyptian suit wearing badass! I simply adore the design and look of this game. Okay, tangent over. While playing the game itself, however, I am too focused on providing the best support to my team, whether its being on the attack or the defense, and that is where I gain the most from the game.

A game for teams

It feels like this type of game rewards teamwork more than most shooters, where you can be a one man army and win (quite frequently) in doing so. They may add a team deathmatch mode in the future, but some of my most thrilling FPS moments of the last few years came from playing the Payload mode, where a team has to push the objective through a series of checkpoints while the opposite team tries to defend and push it back. It is incredibly exhilarating seeing your entire team come together, supporting each other and decimating the opposition.

So, “overhyped and overpriced?” Nah, quite the opposite. In this landscape where we are treated to broken games at launch, with games that have to be patched due to poor performance, and truly overpriced DLC, it is refreshing to buy a brand new game at $50 and know that it will be supported for years… at no extra cost, and working on day 1. So, join the Overwatch team and bring your hero to the fight… begin your watch!

1 thought on “Overwatch: Bringing Freshness and Variety in a Perfect Package”